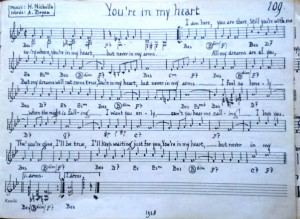 The leadsheet for If I had you and the jazz-song summary page: 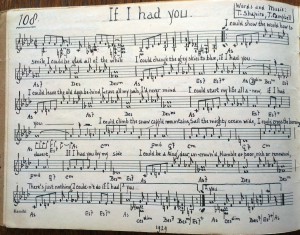 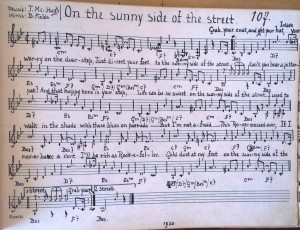 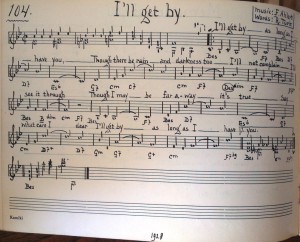 Today the song is: Memories of you. 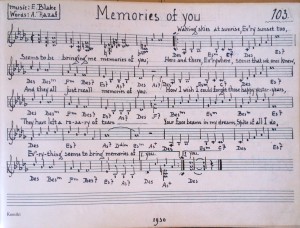 Youtube
By Bennie Goodman and Rosemary Clooney (auntie from George)

Next up from the library is the song: Bluebird, sing me a song: 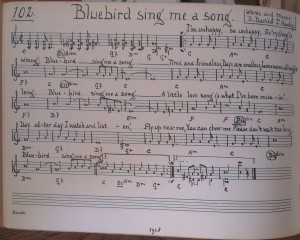 END_OF_DOCUMENT_TOKEN_TO_BE_REPLACED

In this somewhere shop in Amsterdam I ran into old books and a package of old lead sheets. It contained Dutch lyrics to Dr Jazz as well as a series of lead sheets, well numbered and in nice handwriting. I was amazed at the detail and care that had been taken to make these.